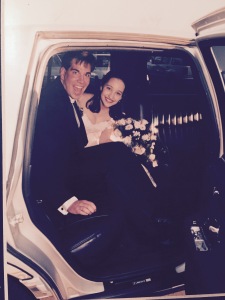 So I have this weird thing I do.  (many weird things but I’m only sharing this one today) Sometimes I think about people who have died when I catch myself watching a sunrise or staring at a beautiful tree or looking at a bird in the yard and I think…How can they have missed this?  They should see this bird, this incredible bird.  If they had just lasted 7 more years, they could be staring at this yellow bird right now.  How did they not see this particular sunrise?  I know they saw sunrises…but not this one.  They didn’t make it long enough to see that tree! Two more years and they could have stood right beneath the canopy of this tree.  And how lucky am I to see this tree? Why am I the lucky one?

And I feel such gratitude for such luck. (stay with me…)

I’m 21 years into my marriage today.  To the same human.  How?  21!? But I’m only 30 years old! Time has just tumbled forward snowballing faster and faster. I’ve been told it goes by even more quickly with every passing year.  I was 23 when I got married.  Were my daughter to follow in our footsteps, she would make a lifelong commitment to someone just 9 years from now.

There are many articles, studies, books all devoted to what makes for a lasting marriage.  Statistics have been compiled.  Algorithms laid out. Theories have been developed. Therapies have been formed.  I believed in all that as a newly married person.  I could easily cite why we were married, why it made sense and why it would all work for the long haul. If you ask people what the ‘secret’ is they have many simple explanations.   People often say God brought them together,they have similar values, they are opposites and opposites attract, they “grew up together” (a case for marrying early), they “knew who they were” before they got married (a case for marrying later), they work hard at their marriage, they put their relationship first, they are just the perfect compliment to one another, and on and on and on.

I wanted to believe it was simple and formulaic but I don’t believe that at all.

I have my own theory on marriage.  I think we have made it to this Thursday due to gritty determination and luck.   We have been very determined but mostly so, so, so lucky.

I’m grateful to see this, specific Thursday view of this lovely lake and I’m glad we made it these 21 years so I can be here with him. ❤️ 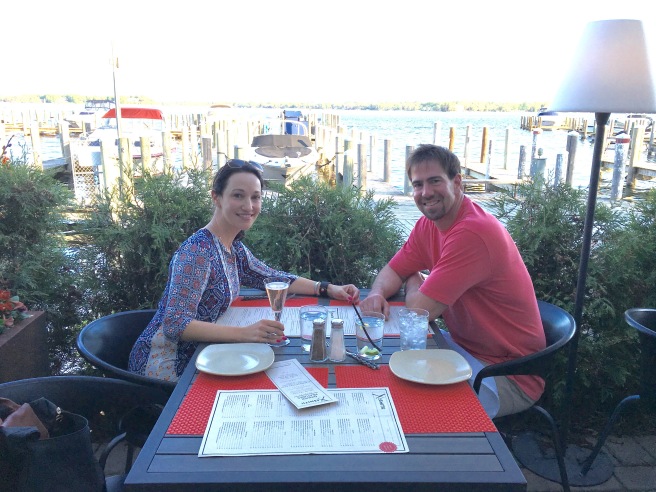 One thought on “Throwback Thursday: 21 years”