We have officially been dog owners for 12 months. Here are 12 things I have learned so far about owning a dog. 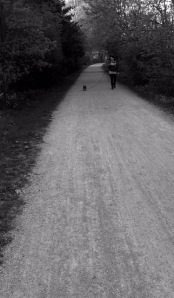